Serket the beautiful EgypTian Goddess of Protection and of the Scorpion

As a leisure RIB, chase boat or tender, the Scorpion Serket positively enhances the onboard enjoyment of your guests. For a dry and comfortable tender to whisk guests ashore for dinner in style or as a safe, high performance platform for every kind of watersport, the Serket will deliver everything you want in a RIB including best in class fuel efficiency and performance in all sea conditions.

Power options include single or twin outboards or single inboard diesel or waterjet. The Serket has a large aft sun deck with deep walk-in locker and sculpted bench seating for four. The wide range of options mean you can configure your Serket to exactly match your needs – from seating and consoles, including an optional concealed head, to a huge variety of gel and tube colours, bimini tops and boarding steps.

The stepped hull and low wake technology of the 90st delivers truly outstanding performance and fuel efficiency. With a single engine, the 90st achieves near identical performance figures to competitors’ twin engined boats that have twice the horsepower and almost twice the fuel consumption.

With a single 300hp outboard the top speed of the 90st is in excess of 55 knots, the stepped hull making it light and responsive on the helm, and one of the ‘greenest’ performance boats in the world.

“I want to work with the best, that’s why I chose Scorpion.” Sir Ben Ainslie

Ben Ainslie chose the Scorpion RIB’s Serket 98 as his chase boat for his America's Cup campaigns because every part of the team,
its boats and its equipment has to be the best there is, and as Ben says ‘I want to work with the best,
that’s why I chose Scorpion’.

Keeping pace with the AC45s and their larger counterparts, the AC72s, demands an extraordinary breed of boat.
With the catamarans travelling at up to 40 knots in choppy conditions it’s a testing environment for all vessels but one
in which the Serket thrived.

The Serket made an idea chase boat for Ben both on the water and off as, with its tubes deflated, the Serket 98 fits into a
standard shipping container, simplifying transportation around the world.

Model Versions in the serket range

Serket models are available from 7.8m to 9.8m all with a beam of 2.75m and a range of engine and layout options.

Standard models are 78, 88, 90 and 98.  They are offered as a complete package with the opportunity to customise. Variations include type of console, seating, finishes and of course colours of gel coat, tubes and upholstery.

All are supplied fitted with high quality electronics and the necessary equipment to be ready for sea. Every model is RCD rated to Cat B Off-shore and are covered by our 2 year warranty. 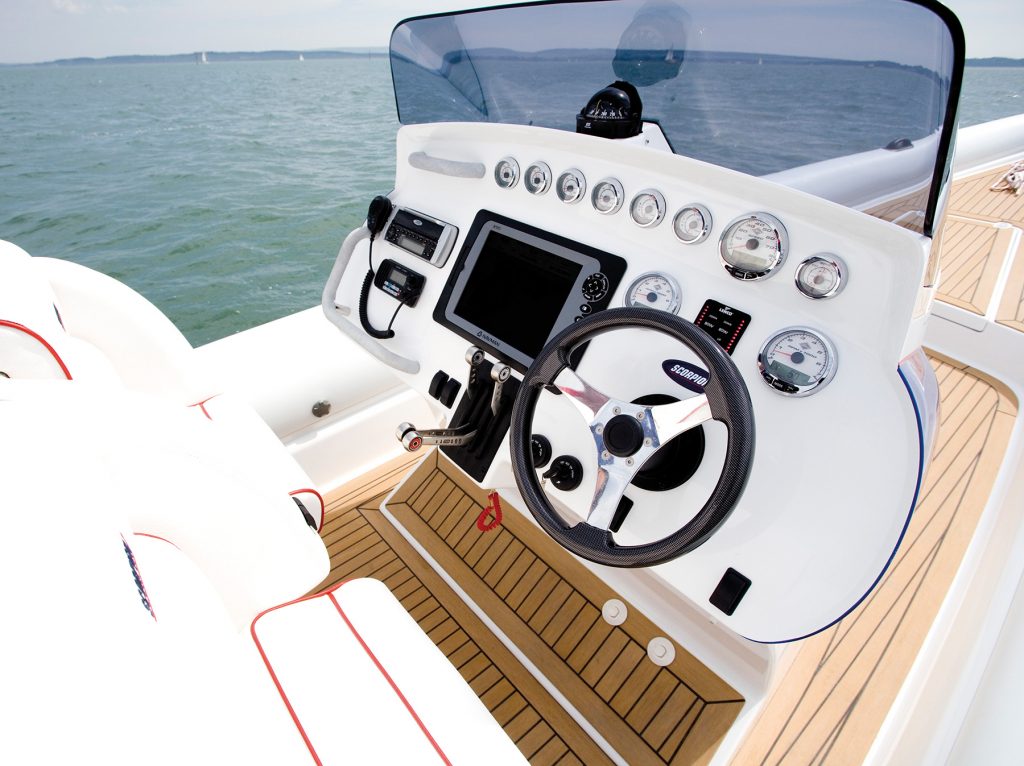 We use cookies to ensure that we give you the best experience on our website. If you continue to use this site we will assume that you are happy with it.OKRead more